Colors of Delhi on board the Palace on Wheels

Palace on Wheels, the most revered luxury train in India, voted as 4th best luxury train in the world. The maiden tour of Palace on Wheels was flagged off in 1982 and in 1996 a new train was constructed with broad gauge conversion with 14 saloons. The train with 14 posh coaches is decorated with period furnishings, classic paintings, wall fixtures, colorful drapery, wall-to-wall carpeting, well stocked bar and dining cars. All these make the Palace on Wheels nothing less than a heaven on earth. 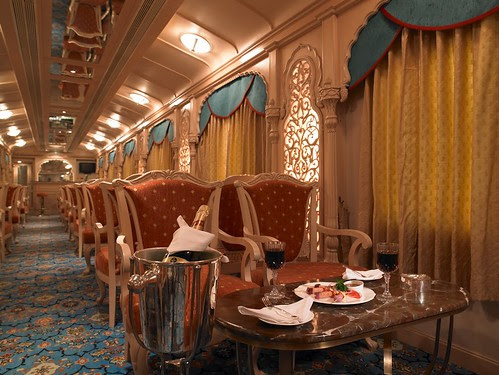 A majestic ride on board takes you to the amazing land of Rajasthan and nearby attraction at Agra, Khajuraho and Varanasi. Agra. The train journey unfolds from New Delhi and the crescendo of this charming voyage is reached at the Taj Mahal. 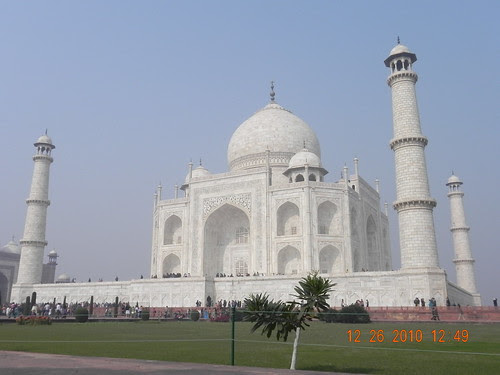 Delhi is known as the heart of the country, which has lively and kaleidoscopic character, stemmed from its natural growth over millennia. The monuments of Delhi, whether ancient or medieval, attract millions. The city thrive with relics of the past recounting the glory of the days of yore. Delhi is home to an array of UNESCO World Heritage Sites as well Humayun’s Tomb and Qutab Minar Group of Monuments are a few of the heritage site. Red Fort, Jama Masjid, India gate, Lotus Temple and other landmarks add to the appeal of this ancient city. 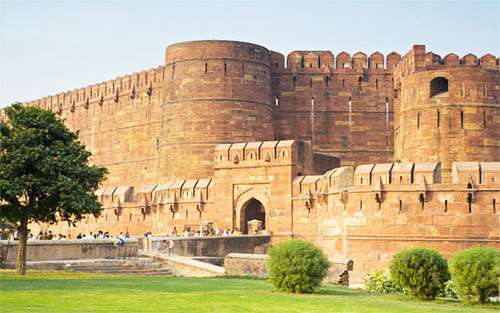 The Palace on Wheels offers you well organized facilities, which includes boarding, accommodation, sightseeing tours and shopping as well. There is nothing that a guest has to worry about on board this royal palace on wheels; in fact, you never want to get out of the reverie.