Qutub Minar’s history is as interesting as the monument’s architecture. There are two different schools of thoughts. Whereas one believes that the Qutub Minar is named after the first muslim ruler of India Qutb-ud-Din Aibak; the other believe that the structure was named on the honor of Khwaja Qutb-ud-din Bakhtiar Kaki. It is said that Delhi escaped the invasion of Genghis Khan during the reign of IItutmish in 1221 due to the devotion of the Sultan to Qutb-ud-din Bakhtiar Kaki. 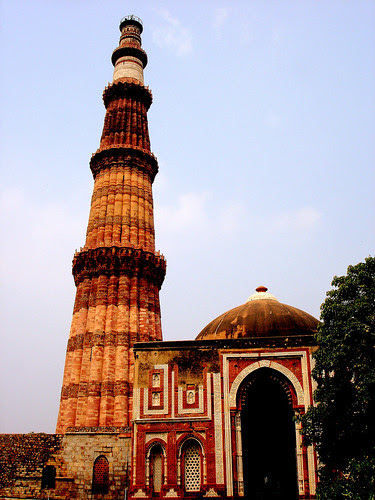 And did you know that there is a conspiracy theory too, regarding the construction of the monument. A few people claim that there used to be a Hindu temple where Qutub Minar is built. And that the stone used for the construction are in reality the earlier stone used in the temple but are infact used inside out. And that if you will dig out the stones on which verses in Arabic are engraved, you’ll find out that on the opposite side you’ll find the engravings and paintings of Hindu deities and Sanskrit verses. 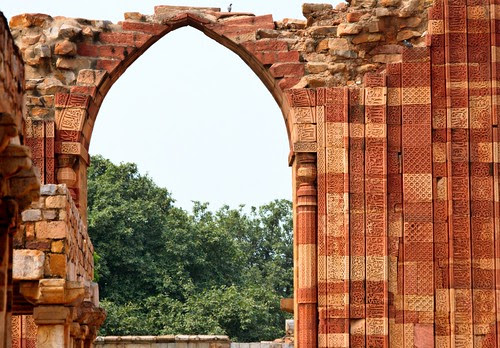 Interestingly there is a stone pillar in the courtyard which bears inscription in Sanskrit and the script used is Bramhi script of 4th Century AD. The script mentions that the pillar was set up on the hill known as Vishnupada and was meant to be the Vishnudwaja, standard of the Hindu god Vishnu. The pillar is in memoriam of the mighty king named Chandra. Interestingly enough, some of the motifs like the wheels and the tassel used in the tomb of Iltutmish are reminiscent of the Hindu designs. 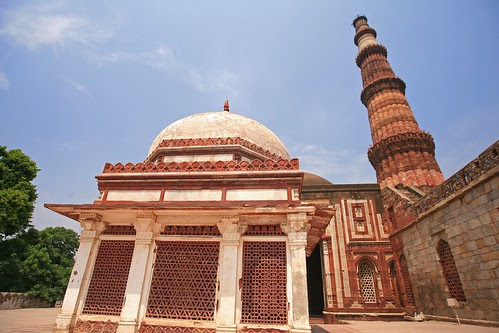 The foundation of the structure was laid by the first Sultan Qutb-ud-din Aibak, but the major work was completed during the reign of his successor and son-in-law, Shamsu'd-Din IItutmish. The Qutub Minar Group of monuments as we know it today was later expanded by various Sultans of Delhi including Ala-ud-din Khilji and Firoz Shah Tuglaq. Qutub Minar happens to be tallest brick minarets in the world. 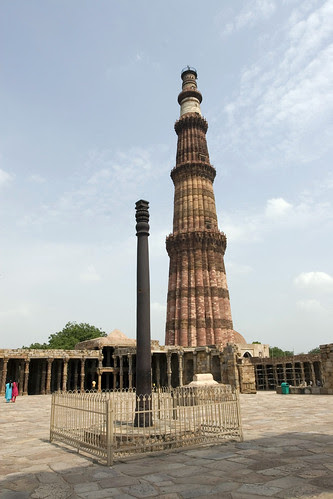