Mahaparinirvana Express all set to Expand its Itinerary

Indian Luxury Trains, a venture of National Tourism Award winning company Indian Holiday Pvt. Ltd. has added yet another special tourist train to its portfolio. The newest addition on this luxury train travel portal is none other than Mahaparinirvana Express. 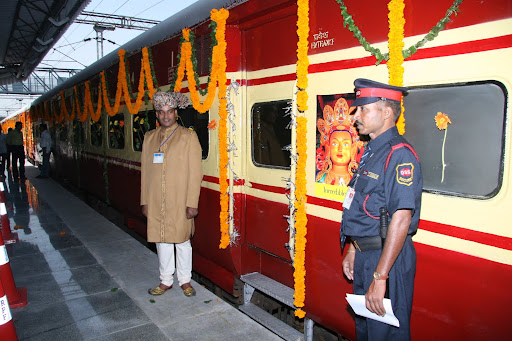 Talking to press Sreenivas Rao, managing director of Rao Travels said that there are nearly 400 million people around the world who are Buddhist of which only 200,000 (2007 figure) to 500,000 people come to India. As the only palace place where these visitors can trace the footsteps of Buddha and progress of their faith, we  "We should look to at least two million," he added.

This Buddhist tourist train is the latest addition on the website of the Indian Luxury Trains. Details of tariff, schedule and itineraries along with booking and cancellation policy are mentioned in details on Luxury Train Travel website.