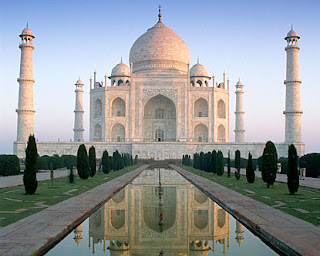 About a month ago we told you about the Most Expensive Luxury Travel Package ever which is priced well over £1 million. The unbelievable tour package spanning over 2 years now has two buyers. The trip that would encompass touring to more than 150 countries and 962 World Heritage Site, is an extravagant affair and its announcement managed to leave every person unanswered as to who would dare to buy this, first.

The founder of the company has announced that 2 persons have expressed firm interest in becoming the first ones to undertake this epic odyssey spanning across the continents. The first one who has expressed his interest is from the ‘land of dragons’  China and a student currently pursuing PhD whereas the other one is a wealthy industrialist from Italy.

The Chinese man is pursuing his Ph.D and could  begin this tour only after completing his doctorate, which is not before next  year. The Industralist from Italy is all set to book this and become the first lucky person and the prospective buyer of this tour package that is nailed to be the costliest one in history. The process of finalizing his itinerary is still being carried out.

The founder of the company that launched this offer, VeryFirstTo.com, Mr. Knobil said that more such positive responses have been collected from many more interested well-to-do travelers, ready to spend this fortune. Seeing the amount people spend on a one or two week trip, the duration and places this would cover, the figure does not seem that exaggerated. However, there are a few who have shown interest in travelling in breaks, covering one continent at a time.

The holiday would be charged at £990,000 per two passengers and includes a small donation of £10,000 to UNESCO as well. Although a few among the 962 World Heritage Sites featured in the itinerary are considered unsafe for travel, which the company says can be worked on. Like the Chinese student most people are in the favor of travelling to places that are safe, even if it would mean cutting few on the list. Still for those who are interested in completing the list, arrangements would be made accordingly.

The trip would include travelling in business class or finer for most part of the journey and staying at the most luxurious properties in different continents. The founding company has always tried to offer something unique and out of the league. “The Trip to Space” and “ A chance to wake up surrounded by 1 million rose petals” are two more such exquisite, out of the box tours by them.

Well, luxury comes at its price, and when it’s the most expensive tour packages, everybody has the right to think twice. So, let's just wait to know will these interested travelers actually become buyers of this most talked about thing currently?

Till then, stay glued on to get  more useful news and updates on this front.