The officials of Indian Railway offering details about the railway coaches on the section, informed that there are 4 special coaches, Shivalik place, Jharokha, rail motor car and twin vestibule coach. 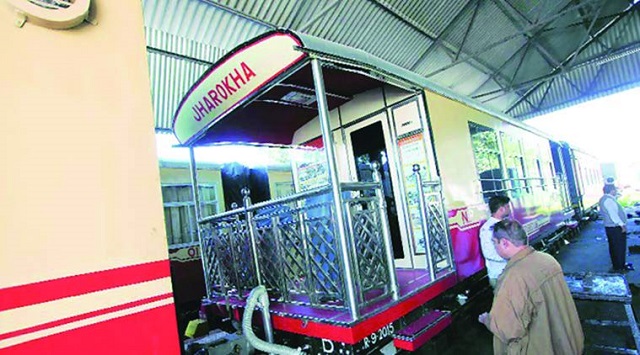 The fare structure of luxury coach Jharokha has been finalized by the Northern Railway. The officials informed that this coach has been specially designed for the tourists on the Kalka-Shimla railway line. A UNESCO World Heritage Site, this railway section was inspected by AK Puthia, General Manager, Northern Railways and the decision was made final. A railway official said, “The charges of CT-14 Jharokha has been fixed at INR 29,000 (round trip). The capacity of the coach is eight passengers.”

Dedicated web pages on the Kalka-Shimla railway line in the official website of the Northern Railways were also launched by Puthia. He informed that this inspection was a part of fortnight heritage activities that are done by the Northern Railway. It is endeavor by the railways so that awareness can be created about the website.

Puthia further said that the heritage section cannot be altered by the railways as it is not just any section that can be looked around ‘profit making’. He added, “We are trying to improve the facilities at railway stations on the track.”

On the occasion, a presentation on the heritage track was also given by the senior officials. An appeal was also made by the railways to the locals as well as the tourists that trash should not be thrown on at the railway station. Along with this, entering into tunnel towards the face of the train should also be avoided.

The railways further added that the World Heritage Fortnight is a celebration of the World Heritage Day. The Shimla station has also been well-lit with blue colored lights. Exclusive plantation and cleanliness drives on important stations have also been launched. There are regular train services as well as additional services during the peak season.