Enhancing the glory of our brilliant athletes, Sakshi Malik and PV Sindhu, who brought laurels to the country in the form of medals at the Rio Olympics, IRCTC has extended an offer to them for a complimentary ride in India’s premiere luxury train, Maharajas’ Express. 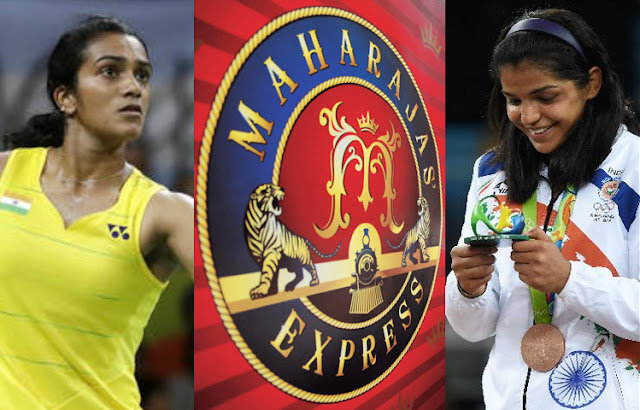 The same offer was also forward to Tripura’s gymnast Dipa Karmakar, who, after putting up a brilliant show, missed the medal only by a little margin.

This amazing proposal was put forward by Indian Railway Catering and Tourism Corporation (IRCTC) in the form of Tweets.

Congratulations to @SakshiMalik for making India proud. @IRCTC_Ltd extends a trip in the famed Maharajas' Express (sic)," added another tweet from IRCTC.

Commenting upon the offer, IRCTC Chairman and Managing Director AK Manocha said, “We feel proud to honor wrestler Sakshi Malik and ace shuttler P V Sindhu who have brought glory to the country through their medal-winning performances at the Rio Olympics”

Adding further, he said, “We feel equally honored to felicitate Dipa Karmakar, who became the first Indian to reach the finals of an Olympics gymnastics event”.

The Railways had earlier announced a reward of Rs. 60 lacs for Sakshi Malik, who is working as a senior clerk with Northern Railways. On the other hand, PV Sindhu too, has a connection with Railways as her father works with the sector and her mother is a former employee with the Railways.

The Maharaja’s Express is one of most luxurious trains of the world, offering the scope of a royal and extravagant ride through India’s top historical and cultural tourist destinations. Presenting the very depths of the soul of India, the Maharajas’ Express extends 5 fascinating journeys crisscrossing the most spectacular locations of the country with packages starting as low as USD 2,910 per person.